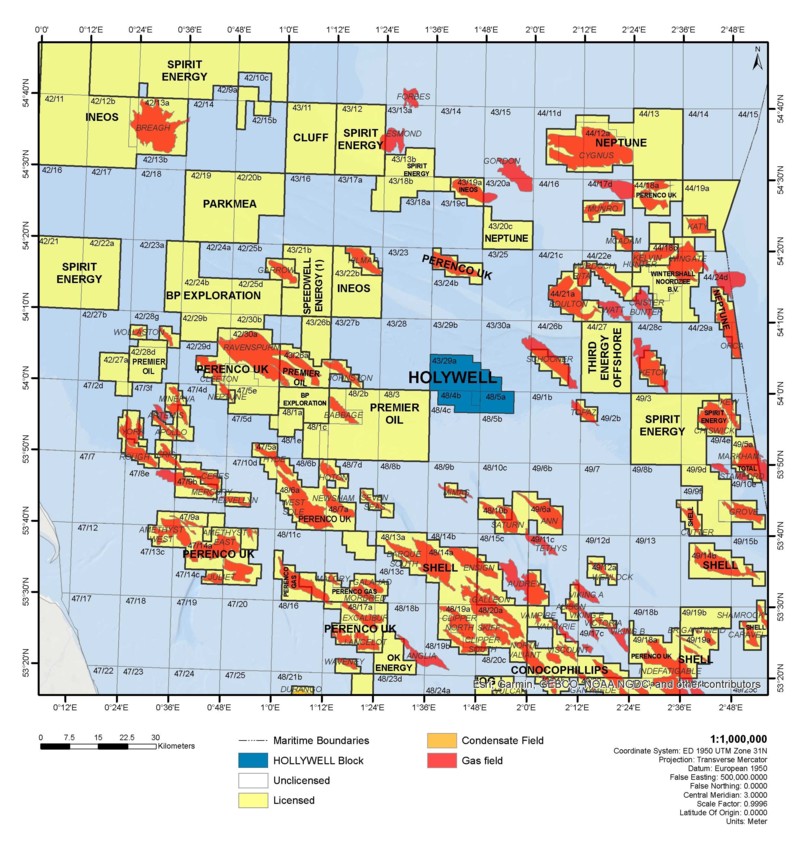 Holywell participated in the UK Promote licenses from their inception in 2005 and was awarded as Operator a succession of licenses in the Carboniferous Gas Province of the southern North Sea.

Holywell regularly cycled its portfolio through farmouts, farmins and relinquishments to the present where it is operator of Seaward Production Licence P2112 covering parts of adjoining blocks 43/29, 43/30, 48/4 and 48/5. This contains a large undrilled structural/stratigraphic prospect which Holywell is currently technically de-risking.

Holywell holds an extensive database and has in-depth knowledge of the Carboniferous gas play. Holywell has identified several undeveloped discoveries with development potential which it is actively progressing.